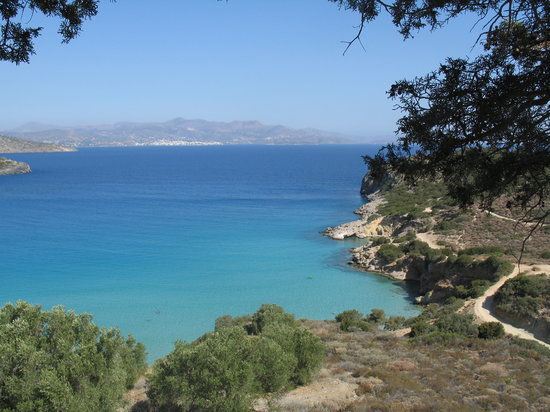 Anissaras is located 24 km east of Heraklion and 1 km west of Hersonissos. The area of Anissaras is part of the unique stretch of Cretan coastline from Kokkini Hani to Malia.

Anissaras is neither a village nor a town – it’s a place – a large, hilly area which springs up just outside of Hersonissos, a stone’s throw away. But the difference between the two is like night and day. Actually, some people refer to it as Hersonissos’ high-class suburb.

There are no bars, no nightlife – outside of the hotels in Anissaras, which are mostly upscale and self-contained. However, there are a few smaller hotels and several tourist apartments in the area. All in all, it is a place for a quieter vacation, yet close to the raucous Hersonissos hot spots.

How to get to Anissaras

From Heraklion to Anissaras by bus: To get to Anissaras from Heraklion, you can take the bus to Hersonissos. Buses are frequent but they will drop you off at the junction on the old National Road, and your hotel will be about a one-kilometre walk away.

From Heraklion to Anissaras by car: If you have your own or a rented car, however, take the new National Road in the direction of Hersonissos. Take the Kastelli exit, turn left and at the end of the road go straight across the old National Road into the road directly opposite (I don’t think there’s a sign). Continue for about 1 kilometre and you will come to Anissaras beach with the large hotels.

If you are looking for a specific hotel in Anissaras, drive slowly and carefully in case there’s a sign to it. If you can’t find it, ask for directions at a shop.

In Anissaras you will find large hotels offering all-inclusive holidays. Guests have everything laid on for them inside the hotel and some never even leave it.

This is why there are very few tavernas in Anissaras. There are, however, some minimarkets, car rental bureaux and shops.