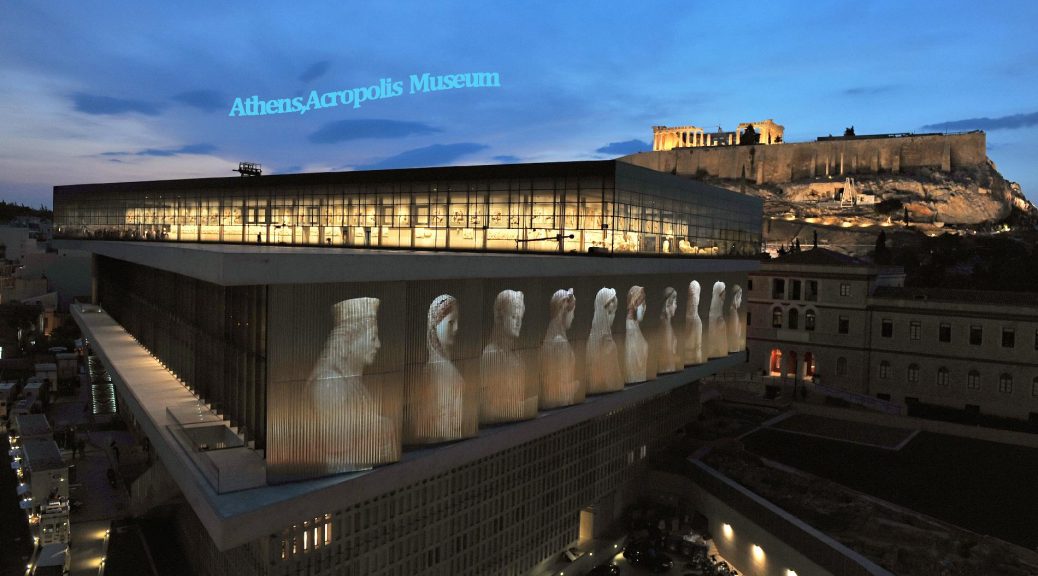 Strolling through History in Places beyond time!

The major archaeological sites in Greece seem to stand outside and beyond the reaches of time.They have been recognized as cradles of humanity and the excitement one feels when strolling along their ancient pathways is indescribable.

In Athens,have been standing for hundreds of centuries the most emblematic monuments well- known all over the world.The Acropolis, standing loftily on the rock of the same name, is a monument from the most illuminated period known in human history, the golden age of Athens. The unified archaeological sites around the Acropolis, the Agora and the Areopagus, the Hills and Municipalities of ancient Athens, Kerameikos, Hadrian’s Library, the Roman agora, the Olympieion, Hadrian’s Gate, the Kallimarmaro stadium, are filled with the echoes of great philosophers, orators, artists and scientists. Ancient Athens towers agelessly and sublimely over the heart of the modern city

Parthenon. The largest temple on the Acropolis, dedicated to Athena, later converted into a church and a mosque. It was built between 447 and 438 B.C. 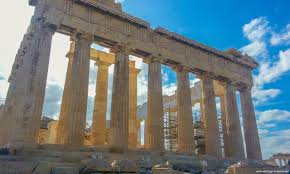 Temple of Athena Nike. The first temple on the Acropolis that was built in Ionian style.
Erechtheion. Dedicated to the worship of the two principal gods of Athens, Athena and Poseidon.
Propylaea. The ancient entrance to the Acropolis \ On the south side of the Acropolis 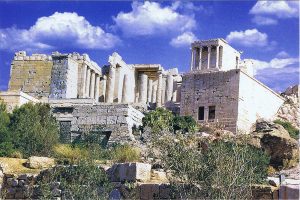 Roman Forum. At the western end of Plaka, includes an octagonal tower with a different deity on each side, and the ancient monuments market.
Ancient market(Archaia Agora). At the western end of Plaka, cross the street west of Hadrian Hadrian’s Library. The Temple of Hephaestus 5th example Century is here, the Attalos Stoa is a museum with finds from the market area. Near the market there is one of the oldest early Christian churches of Athens, the Agii Apostoli 11th century. 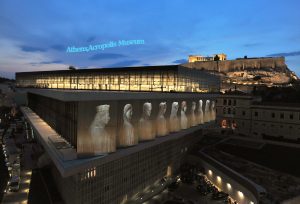 Benaki Museum of Islamic Art, Ag. Asomaton 22a Dipilou 12 Kerameikos. A wonderful exhibition to be seen by anyone interested in Islamic art. The museum opened in 2004 you a part of the Benaki Museum.
Kanellopoulos Museum, Theory & 12 Panos, Plaka.  A small museum with artifacts from Mycenae and jewelry Persian.
Museum of Greek musical instruments, Diogenous 1-3 Plaka. Exhibited traditional instruments with recordings for most of them.
Folklore museum, Kydathinaion 17. Jewellery, tools, folk paintings, ceramics and interior decoration items are some of the exhibits, with many traditional costumes.