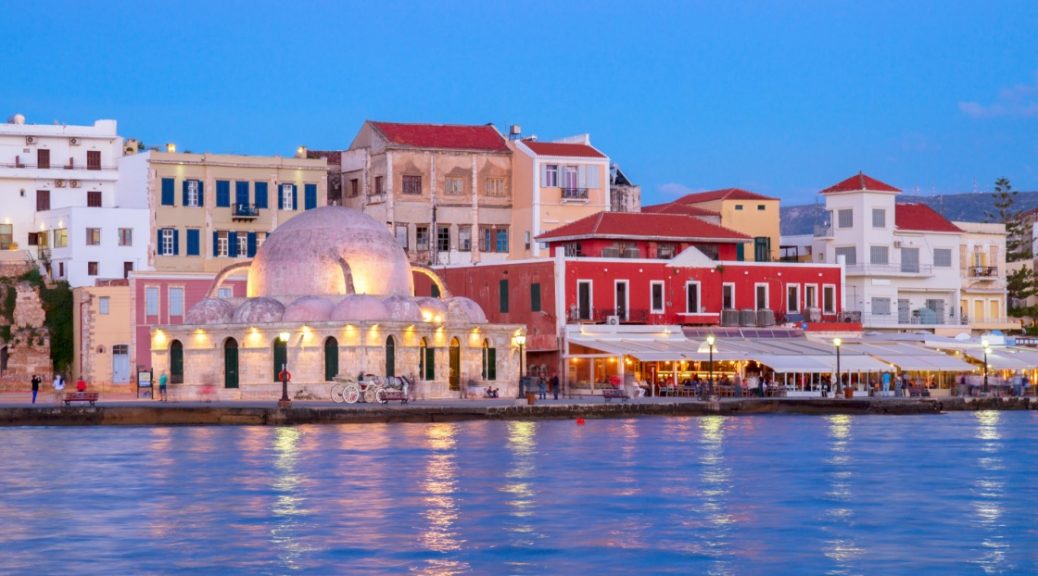 Chania, the capital of Chania Prefecture, located in the north-eastern part of the county and it is the administrative, economic, commercial and communication center of the county bearing the same name. The Municipality Chania – after the implementation of the administrative reform program “Kallikratis” – consists of seven municipal units (former communes): Verde, El., Ceramics, New Cydonia, Therisos, Souda and Chania. The Chania Municipality is bordered to the west by Platanias, in the south of Sfakia and in the east by the Apokoronas region and the entire northern and western part of the coast of the Mediterranean sea. The total area of ​​the new municipality is 356.12 square kilometers. The permanent population of Chania stands, according to data from the recent census (2011) the Greek Statistical Authority, in 108.642 inhabitants, representing 17.4% of the total population of Crete (623 065 inhabitants) and about 1% of the total population (10,815,197 inhabitants).

The city of Chania, is the seat of the municipality  and is the second largest in size city of Crete, built on the site of the Minoan settlement “Cydonia”. It occupies an area of ​​some 11 square kilometers and has a permanent population of 53.910 inhabitants (2011 census data). It has two main entry points: the airport of Akrotiri, and the port of Souda (the largest natural harbor in the Mediterranean). The city of Chania is a crossroad of cultures and continents, with a long history, natural beauty, unique architecture and rich tradition. hallmark of the city of Chania is the Venetian Harbour – in the Old City – the Egyptian lighthouse that stands proudly over the centuries to draw the looks residents and visitors.
source:chaniatourism