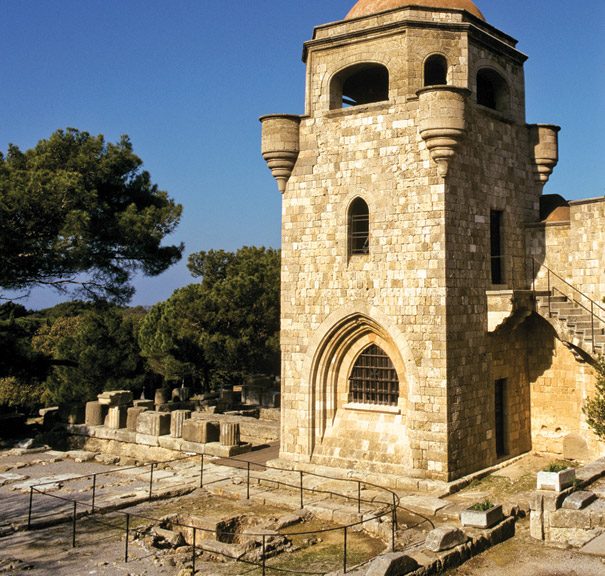 The ancient city of ialysos
Ialysos (also known as Trianda), the birthplace of many Olympic Champions, featuring magical sunsets and an incredible tourist infrastructure, a cradle of civilization, a place of worship, sports and entertainment, was one of the three famous ancient cities of Rhodes.

The first people having settled here were the Kares (a pre-Hellenic race), followed by the Phoenicians. This was the birthplace of Diagoras, the greatest Olympic champion of antiquity as well as of Timokreon, the celebrated poet.

The area of the verdant hill Filerimos hosts the ruins of Ancient Ialysos – amongst them, what remains of the ancient Greek temple of Athena Polias. During the Byzantine Era, the hill was used as a natural fortress. A monastery dedicated to the Virgin Mary was built here in the 13th century. During the rule of the Knights, the monastery passed into the hands of Catholic monks who expanded its facilities and lent the area great prestige.

Today’s visitors may see the ruins of the ancient acropolis and monastery, in their restored version of the interwar period, upon an initiative by the Italian government and at a time when the island was under Italian Rule. The visitor’s steps follow the path of the Passion, with stations along the cypress-clad trail to bring to mind the Passion of Christ during his ascent to the Calvary.