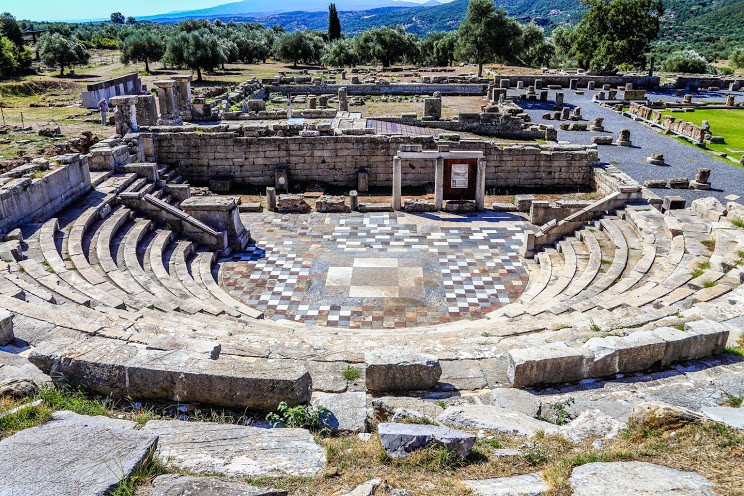 Messene is a significant ancient city in terms of its size, form, and state of preservation, and still has much to offer. It possesses not only sanctuaries and public buildings, but also imposing fortifications, and houses and tombs. It enjoys, amongst other things, the advantage of never having been destroyed or covered by later settlements, and is located on an unspoiled inland site. Its natural setting combines the grandeur of the mountains of Delphi with the low-lying, riverine tranquillity of Olympia, the dominating bare limestone mass of Ithome, the site of the ancient acropolis, with the low fertile valley around the ancient city.