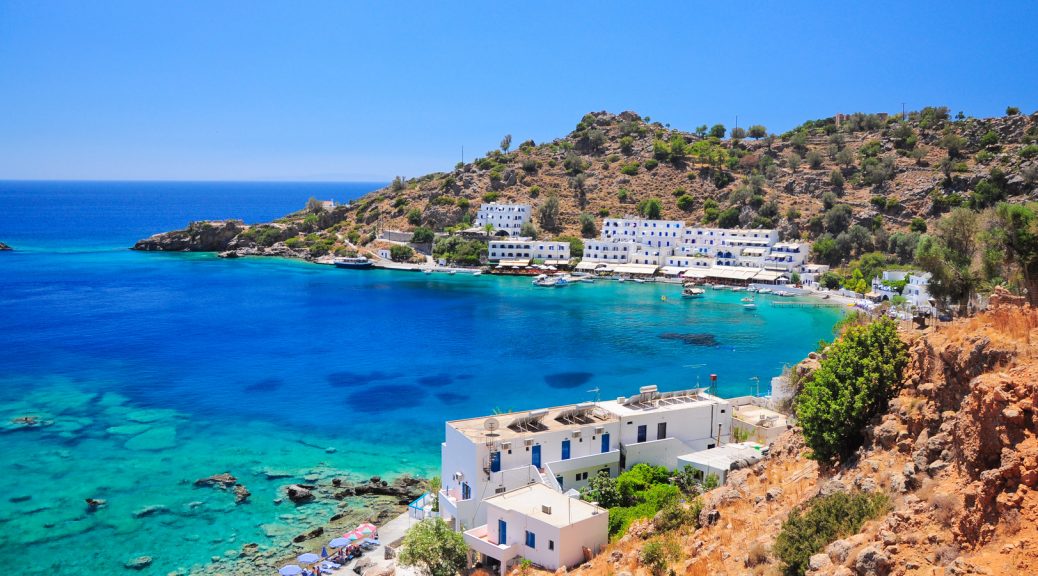 Crete is the largest and most popular island in Greece and the fifth largest in the Mediterranean, after Sicily, Sardinia, Cyprus and Corsica. Its capital and largest city is Heraklion, which is home to the region of Crete, including neighboring islands and islets. With a population of 623,065 inhabitants, about 160 kilometers south of the Greek mainland and extending from the west to the east, it lies north of the Cretan Sea and south of the Libyan Sea. It plays a significant role in the economy and cultural heritage of Greece, preserving its own cultural elements.

In the western part of Crete is the prefecture of Chania with its canyons, caves, lakes and beaches ornaments. Important archaeological sites compose the scene that impresses every Greek and foreign visitor.

Chania city  is the capital of the county with many neighborhoods with picturesque places … The modern city spread out around the old has good layout, open roads, beautiful squares and well-preserved neoclassical buildings.

Agia Marina is a crowded resort with remarkable hotel complexes. Agia Marina is located near the holiday villages Stalos and Kato Stalos.

On the shores of the Libyan Sea and a short distance from the exit of Samaria Gorge is Agia Roumeli and Akrotiri.

Falassarna has extensive sandy beach and turquoise waters, while Frangokastelo is a coastal settlement built near the famous Venetian castle.

The Samaria Gorge is undoubtedly a place of great ecological importance so much in Crete and throughout Greece. Located in the southern part of Chania prefecture, between Omalos and Agia Roumeli. Gorge spans 48,500 acres and includes many rare species of flora and fauna including the Cretan goat, badgers and weasels. If someone wants to  cross the whole area takes about 3-4 hours of walking. The landscape is impressive and includes waterfalls, lakes and ravines, which will delight you.

Elafonisi is perhaps the most popular beach of Crete and is located in the southwestern part of Crete . You can visit it by boat from Paleochora or by car driving from Chania to the south. It is a paradise, with sand in shades of white and pink and turquoise waters. It is the most cosmopolitan beach of the county and is full of people every summer age.

Between the White Mountains and Psiloritis raises the prefecture of Rethymno.

Its capital is the city of Rethymno. The Old Town is built around the impressive castle Fortezza and the heart of the old town is the picturesque Venetian harbor. The modern city embraces the old and stretches along the beach.

The Venetian harbor and the lighthouse, the modern marina, the Fortezza, the Great Gate, the Loggia, the Rimondi Fountain, the churches of St. Francis, the Lady of the Angels, St. Anthony, the Mosques, the Ottoman Baths, the Gorge mills are just some of the attractions that can Rethymno the visitor to admire in this amazing city.

The wonders of nature will take your breath away:

Preveli lagoon: at the point where the Great River (Kourtaliotis) flows into the Libyan Sea and Kourtaliotiko gorge ends, is the unrivaled beauty Preveli lagoon and the Palm Beach. On the other hand, the “Festival of wine” welcomes wine lovers of good wine and fans of fine cuisine in a festival tradition, gastronomy, wine tasting and fun.

It is the richest region having the highest per capita income. The prefecture of Heraklion is located between two mountain ranges, the Ida to the west and the east Dikti. The valleys behind Heraklion produce some of the finest grapes used as either edible, either for the production of raisins. In these valleys, the British archaeologist Sir Arthur Evans excavated the Minoan Palace of Knossos, the ruins of a great civilization. The fertile plain of Messara is cultivated for thousands of years. There are important Minoan, Greek and Roman archaeological sites, the largest of which is Phaistos, Agia Triada and Gortyna. In the south there is another low mountain range, the “Kofinas”, which separates the valley from the coast. The impressive peak of Psiloritis, 2,456 meters above sea level, is visible from almost all points of Heraklion.
Heraklion is the 4th largest city in Greece, and has the largest port in Crete, and  the largest airport. Heraklion Airport is also known as Nikos Kazantzakis International Airport, having taken the name after the most famous writer of Crete.

East of the current Malia is the Minoan palace of Malia. It is the third largest palace of Minoan Crete and it is built in a privileged location, near the sea, on the road linking eastern and central Crete. The Palace of Malia in mythology served as the residence of Sarpedon, brother of Minos, and  was constructed in 1900 BC. The pre-existing significant settlement from which are preserved parts around the palace, thereby becoming a palatial center-city.

Three sides of Lassithi are surrounded by sea: the Mediterranean sea from the north, the east and the Carpathian Sea in the south. The prefecture has four provinces Mirabello, Lassithi, Ierapetra and Sitia. The major cities are Agios Nikolaos, Ierapetra and Sitia .

The Agios Nikolaos, or just Agios as the locals call it is the capital of the prefecture. its name derives from the Byzantine church located in the bay of Agios Nikolaos. Oldest known city names were Mandraki and Gialos. Agios Nikolaos is a very cosmopolitan city with intense tourist activity.

Ierapetra is the southernmost city of Greece and Europe. The city has many hotels, inns and taverns. Around the harbor there are many restaurants.

Sitia due to its geographical position is remote from the rest of Crete. It has developed a different character from the rest of the island. The tourist development is limited but still a large number of tourists visit it every year, mostly Greeks. Visitors to the county during the summer months will enjoy swimming in the clear and distinct beaches. Some of them are Agia Fotia, Myrtos, Vai, the Dome, Makrygialos, Koutsounari and many others.