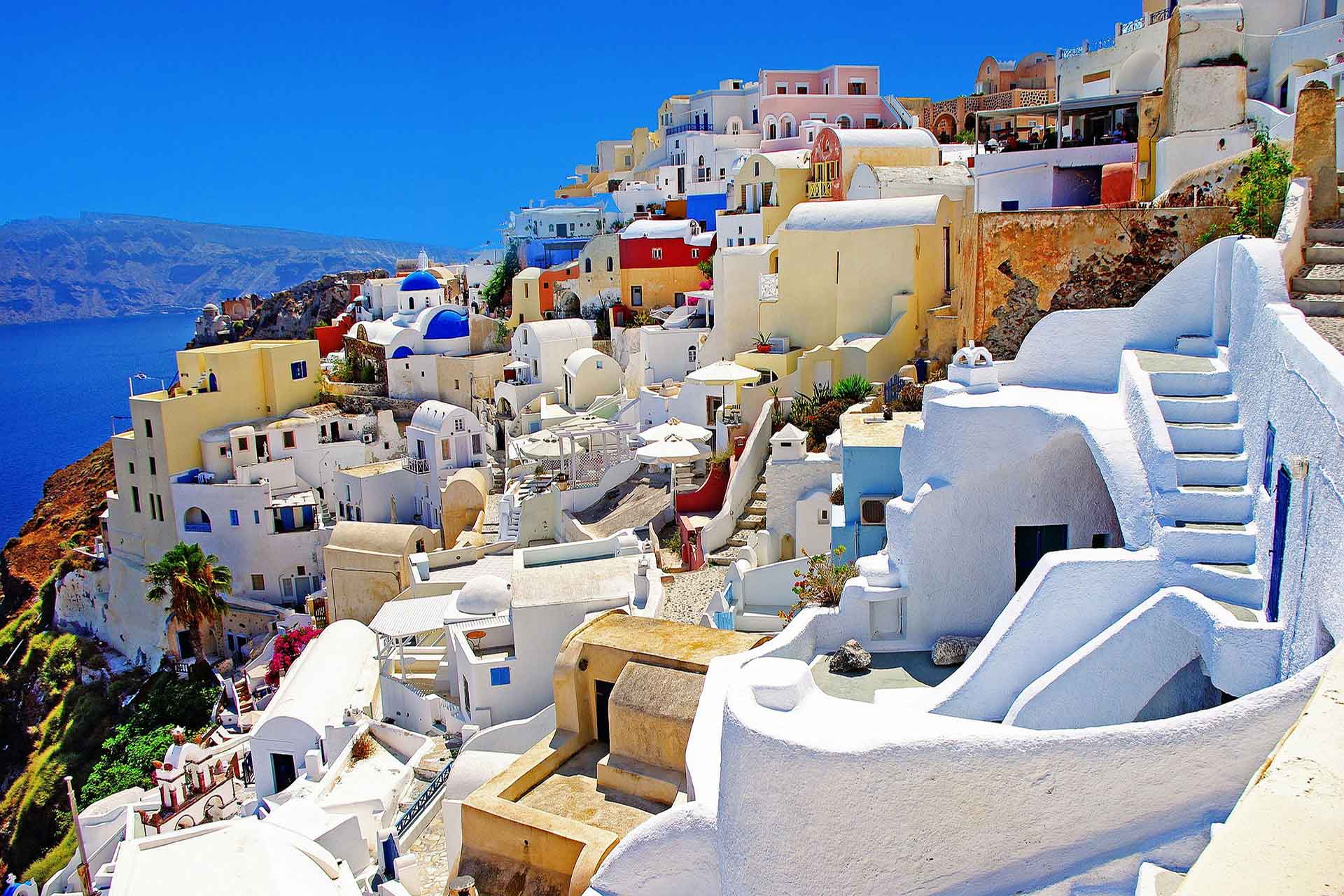 Santorini is the southernmost island of the Cyclades. The soil is volcanic and from the side of the volcano, the island is very rocky. In particular physiognomy Santorini contributes an extremely important archaeological wealth: Ancient City of Mesa Vouno and the prehistoric settlement of Akrotiri.

The island also has a unique heritage of traditional folk architecture, settlements Vothonas, Messaria, Finikia and Megalohori and sophisticated fortified settlements of Pyrgos, Emporio and Akrotiri.

The climate is cool because of the northeast winds and the winter is sweet and mild with an average temperature of 10oC. The rains are frequent in winter and virtually no summer. The soil is fertile and conducive to the cultivation of vines and tomatoes. The island is almost anyndro with little springs.

Today Santorini counts 7000 inhabitants scattered in about 10 villages. Fira is the capital of the island and Oia, one of the most beautiful villages known worldwide for its impressive and magnificent sunsets. The ‘black’ beaches with steep cliffs and volcanic rocks give the island a special character. 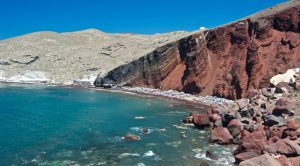 The name Santorini was given in the 12th century by the Franks who in fact was called “Santa Irene”, that St. Irene. The eruption was the major reason (as great scholars claim) cut-off of the island’s high growth until after 2000 BC flourished the Minoan civilization.

It is said that the Aegean darkened and the waves reached heights of 250 meters. and a speed of 300 km. per hour so destroying the culture of Crete and Egypt. Some other scholars connect this catastrophe with the sinking of the mythological island of Atlantis.

During the Byzantine period Thira belonged to the Aegean Theme, then during the Frankish Duchy of Naxos until finally was conquered by the Venetians. At that time many locals embraced the Catholic doctrine or prosilytisthikan. In 1537 the island was conquered by the pirates of Barbarossa and in 1579 by the Turks. From 1770 until 1774 there was Russian possession and finally in 1832 was incorporated into the Greek state.

Santorini is famous  thanks to the magnificent volcano with hot springs and vast volcanic caldera, which is the most beautiful place to admire the sunset. It also boasts  amazing historical sites, the protected settlements with well preserved mansions and wonderful churches. T ‘attractions are really so many that your holiday will not seem enough to admire them all.

Then we quote the main attractions of the island to select those that you want to visit, depending on your preferences and interests.

The site is located near the village of Akrotiri, in the south of the island. The excavations have brought to light ruins of a thriving Minoan colony, which first destroyed by an earthquake and then buried in ashes after a catastrophic eruption of the 17th century BC 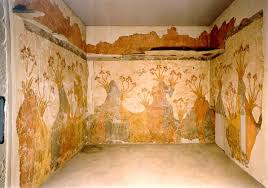 The Museum of Prehistoric Thera in Fira

One of the most important museums in Greece with Cycladic art exhibits, fossils and finds from the 17th century BC from Akrotiri excavations, such as the mural with the blue monkey, tisn murals ladies gold figurine of a chamois and more.

The Archaeological Museum in Fira

It includes interesting exhibits from the Archaic, Roman, Geometric and Hellenistic period, such as sculptures, inscriptions, ceramics and clay figurines.

The Folklore Museum of Emmanuel Lignos in Fira

You will admire a Venetian house of the 19th century, which includes the winery, gardens, old artisan workshops of the time, a cave – mine, gallery with local artists and historical records.

The Maritime Museum in Oia

Housed in a mansion and includes an interesting collection of nautical objects 19th century.

The findings of Ancient Thira in Mesa Mountain

The archaeological site is located in the southeastern part of the island and is a real jewel for the island. There you will see a complex of buildings from the Hellenistic and Roman period includes the temples  of Artemidorus and Dionysus, Buy, Holy, Cemetery and Lodge and the ruins of several monuments, such as the theater, built between the 3rd and 4th century BC. Ch. by the Ptolemies.
The volcano islands Nea & Palea Kameni with hot springs

One of the most popular attractions in Santorini is volcanic islets in the Caldera center, where you can go with excursion boats. There you  will climb up to the crater of the  volcano and swim in the waters of the hot springs.

The Therasia Island  is an unspoiled island with few inhabitants accessed by excursion boats. Thirassia was side of Santorini but was cut by volcanic eruption in the 3rd century BC

Traditional village in the hinterland of the island, which was the capital of the island until 1800 BC This village was one of the five castles built by the Venetians, while the medieval element is visible in the narrow streets with arches.

The church of Panagia Episkopi near Tower

One of the most important Byzantine monuments built by Alexios Komninos the first in the 11th century. It  is  a very well preserved temple despite of the  severe  damage suffered by the passage of time. There you will admire the image of the Virgin Glykophilousa, which is one of the three most precious images in the world.

The Venetian fortress of Skaros, in Imerovigli

You can see the ruins of the Venetian castle and admire the stunning views of the Caldera and the sunset.