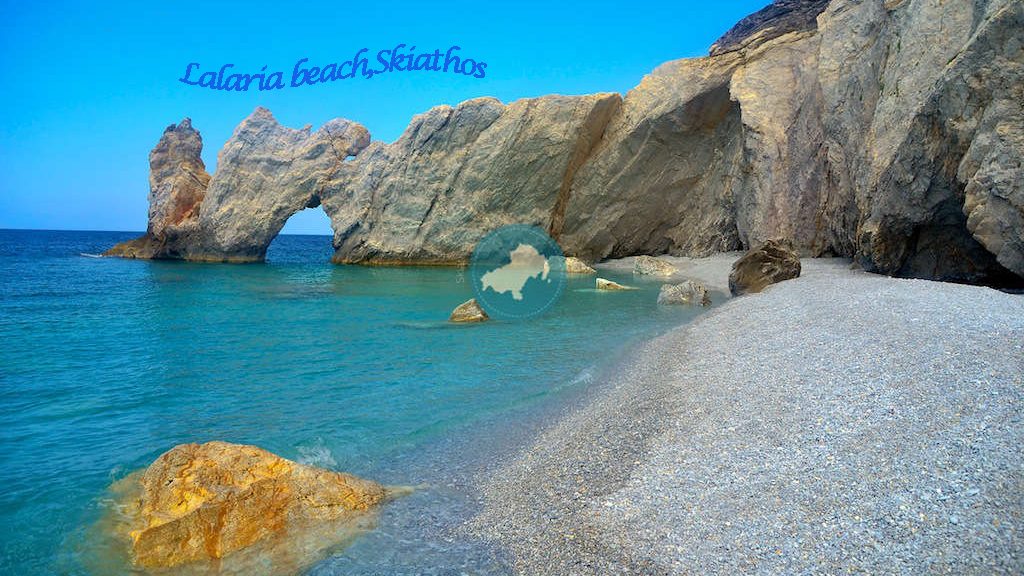 The island, one of the most dreamy and lush Greek islands, owes its evergreen aspect to the trees that are scattered everywhere. But what gives Skiathos maximum dynamic is the impressive coastline. There are more than 60 beaches are awesome with white gold sand and crystal clear waters. This beautiful landscape is emerging in the best possible way through the history of the island and the hospitality of the people. It stands out as a real jewel of the Aegean.
The island has a long history covering prehistory and continues in classical, Byzantine and Venetian period. The majority of the island’s monuments are Byzantine churches and monasteries. Among the most popular monuments is the castle Bourtzi and the medieval castle of the old town.

Located in front of the town of Skiathos. Bourtzi was a fortress, which was constructed by the Gizi brothers who ruled the island since 1207. It was destroyed in 1660 by the famous Venetian admiral Morosini (who also bombed and the Parthenon). Bourtzi is connected to Skiathos with a bridge separates the harbor in two smaller, old and new. Today you can see the ruins of the castle and the place was built the church of St. George and the tank of the castle. Later in the early 20th century, built on the island a public school, which now serves as a cultural center and is the ideal setting for a walk among the pines hug.
Castle
Located at the northern end of the island and was the natural fortress where in the 14th century found refuge locals to avoid the attacks of pirates. Kastro was under Byzantine administration until 1453, then passed into the hands of the Venetians (until 1538) and came under Turkish occupation until the revolution of 1821. In addition to the castle, you can visit the Church of the Nativity of Christ, preserved in very good condition. Access is not possible until the end of the car and so you need to drive a short distance to reach.
Museum
Alexandros Papadiamantis  was born in the late 19th century on the island of Skiathos. Considered as one of the leading contemporary Greek writers. His house, in Skiathos town has been renovated and it has been transformed into a  museum, which can give you an insight into the masterpieces that wrote, but it  can  also give you a good representation of life on the island in the 19th century. Phone: 2427023843.

Strofilia lagoon, located in southwest of Skiathos, just back from the beach at Koukounaries. It is an enchanting landscape in which to enjoy the beauty and tranquility of nature. Many environmental European programs supporting the wetland, as a place of high ecological importance.
Monastery

The Monastery Annunciation is one of the oldest monasteries worth visiting. It was built in 1792 and can be found in the northeastern part of the island.
Churches
Many orthodox, picturesque churches in Skiathos Town: Eikonistria, Three Hierarchs, Lady Lake, Lady Kechria.
The old medieval city
If you wish to spend an afternoon walking on the island, then you would do in the old town with its narrow stone alleys. You will be pleased  with the  remaining traditional villas, with their typical architecture which is a combination of island architecture with elements from the architecture of the Pelion villages.
Architecture
Taking a walk in the narrow streets of the city will enjoy the neoclassical buildings, white houses and their gardens.
Sea caves – Lalaria

There are two types of cave near the beach Lalaria. The dark cave and blue. The dark is very narrow and low cave that is only accessible by small boats.

It is a gravel beach on the northern coast which is accessible by boat. Almost all visitors of Skiathos have a photo of Lalaria because of the great and wild beauty of nature.
Tsougrias
Directly opposite from Skiathos, there is a group of small islands in the Tsougria that attracts the most visitors. All these islands are uninhabited but in Zug there are a few snack bars on both sides of the island that sell sandwiches and refreshments. There are daily trips  from Skiathos town and many visitors prefer these islands for a good swim in the turquoise waters and idyllic landscape. If you find yourself in the island with your own boat, let’s be extra careful with the rocks near the shore, as it is not visible.